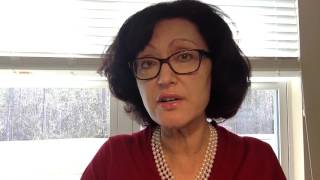 Do you know what the two forms of sexual harassment are? Watch the following brief video for the answer.

The Killer in the Next Cubicle pending publication

My multiple year research project The Killer in the Next Cubicle is in the final editing stages. An on line edition will be available in February with book format including extra material to be published later in the year.

Mass Shootings in the United States Continue to Soar

According to the non-profit organization Gun Violence Archive there were 307 mass shootings across America from January 1 through November 4, 2017. Janine Ackerman. (Facebook) New Jersey native Janine Ackerman, 35, was shot in the head and killed by an employee who had just been terminated from the gym she managed in Miami, Florida on April 8, 2017. The disgruntled worker/active shooter also shot a second member of management dead, Marios Hortis age 42, before turning the gu 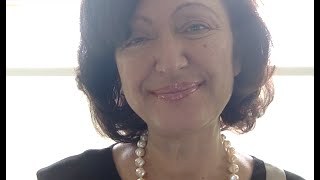 Thank you Barbados and all International Supporters of the WVPI

While a vast majority of the WVPI's content deals with business-related violence in the United States, workplace violence is a global problem. Over the past several years, working professionals from all over the world have reached out to us and have been supporters of the content we have published to date. Our analytics demonstrate that the citizens of the great island nation of Barbados were one of the first countries to show ongoing interest in the WVPI. Here is a video Kat

Claire Knowles: Do You Wanna Get Away From Workplace Violence?

A Madison, Wisconsin jury has found Ali A. Hassan guilty of the homicide by intoxicated use of a firearm in the workplace killing of Fatoumatta Jallow, 23. Jallow was at work at a group home for developmentally disabled adults operated by the same company that employed Hassan on December 21, 2016 when Hassan shot her dead. Jallow's murder was one tragedy in a series of events associated with Hassan's rampage that night. Fattou Jallow (Facebook) Hassan was also found guilty

The birth of the WVPI

The following is a portion of the cover to my research pending publication entitled "The Killer in the Next Cubicle" and the foreword from that publication addressing how the cover came about. Sadly, the scope of the research has grown to include 160 homicides including that of 17 year old Kenneth "Kenny" Suttner to whom the research is dedicated. Bullying is workplace violence in and of itself and can lead to other forms of violence including occupational murder. In 2017, a

Bullying may have played a role in one of two active shooter situations that occurred in the United States this week. On Monday a 15 year old girl was shot at a Texas high school and a fellow student has been arrested. According to media reports the victim allegedly complained about physical bullying by the suspect who was suspended but was permitted to return to school prior to the shooting. The second tragedy occurred yesterday in Kentucky. The bloodshed was of immense pro