Mass shooting in Oslo leaves 2 dead, 10 wounded; Incident being investigated as an act of terrorism 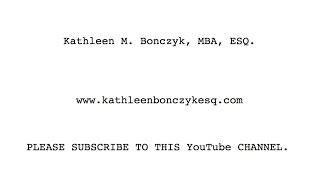 The Occupational Safety and Health Administration ("OSHA") states that harassment is a form of workplace violence. The "#metoo" movement has done much to focus the nation's attention on sexual harassment and sexual favoritism. Did you know that only one is considered illegal conduct pursuant to Title VII of the Civil Rights Act of 1964? Watch the following brief video for further information. Source: https://www.osha.gov/SLTC/workplaceviolence/

I have been involved in the employee safety field since the 1990s. The incident that induced me to create the Workplace Violence Prevention Institute (WVPI) was the shocking August 2015 live on-air killings of TV news reporter Allison Parker, 27, and videographer Adam Ward, 24 by a disgruntled former colleague. Vicki Gardner who was being interviewed at the time of hte attack and who was also shot miraculously survived. I was in Europe at the time when news reached me of thi

When Houston police responded to the 12/29/17 double murder/suicide involving ex-employee gunman Daniel Ferraretto (middle) & murder victim Kendric Wade (right) at the upscale Beamer Plus repair shop this photo hung on the wall. Today I spoke with forensic psychologist Dr. Robert Tanenbaum re: the rage seen in many of the 160 employee-on-employee murders in my study. He explained: It's like a domestic violence situation in some ways filled with emotion. The employee who is th

Who pays the economic costs of workplace violence?

From my forthcoming book "The Killer in the Next Cubicle." (c) Kathleen M. Bonczyk, Esq.

My forthcoming book "The Killer in the Next Cubicle" will be published in February 2018. Watch this space for ordering details.

No one is immune from active shooter/workplace violence

The late Lt. Col. William A. Schroeder: A highly decorated member of our Armed Forces. Photo source: http://www.37trw.af.mil/News/Article-Display/Article/720203/37th-training-wing-and-jbsa-honors-fallen-squadron-commander/ Lt. Col. William A. Schroeder the 342nd Training Squadron Commander at Joint Base San Antonio – Lackland, Texas was shot and killed by a subordinate as he was being escorted to a disciplinary hearing on April 9, 2016. Lt. Col. Schroeder shouted for every

The Killer in the Next Cubicle - Coming in February 2018

This White Paper will profile victims and killers, include case studies, statistical information, contributing factors, the costs of workplace violence in America today as well as recommendations for risk mitigation. Watch this website for ordering information.

On December 30, 2017 Kendric Wade, a mechanic and 20 year employee of the Beamer Plus repair shop in Houston, Texas was shot and killed along with a co-worker. A gofundme account tells of the poignant tragedy that befell his Jamacian bride who at the time he was being killed was on a flight to meet her husband: "He found the love of his life and married his Jamacian sweetheart two years ago, on December 27, 2015. Kendric was so excited to be a step-father to her two young gi

While preparing for the first meeting of the WVPI's Think Tank back in 2016, I talked about the Labor Day Holiday and pondered whether a memorial wall should be constructed at the U.S. Department of Labor bearing the names of Americans killed at work to shed light on the growing tragedy of workplace violence. My 6/3/16 presentation focused on 37 employee-on-employee killings that had occurred in 2015 and the beginning of 2016. I asked my son Joseph to create artwork that mig
12
3