WVPI Workshop: From Columbine to Noblesville

There will be a series of events over two days in Broward County, Florida the location of February 14, 2018's deadly active shooter incident that claimed the lives of 17 innocent people and left 17 more wounded. Three of the 17 innocents were staff members of Marjory Stoneman Douglas High School, the 14 remaining were students aged 14 through 18. WVPI founder Kathleen M. Bonczyk Please email info@workplaceviolencepreventioninstitute.org for further information on the School V

Yesterday's deadly active shooter attack at a newspaper in Maryland claimed the lives of five more innocent American workers. Workplace violence is at epidemic proportions Prevention is the only solution.

The WVPI's next event focused on violence prevention in our schools. It is called School Violence: From Columbine to Noblesville. By invitation only. Date: Friday, July 27 Location: 500 E. Broward Blvd., Fort Lauderdale, FL Time: 10:00 a.m. to noon (EST) 2:00 p.m. to 4:00 p.m. (EST) Email info@workplaceviolencepreventioninstitute.org for further information. The WVPI will be presenting its proposed recommendations for prevention base 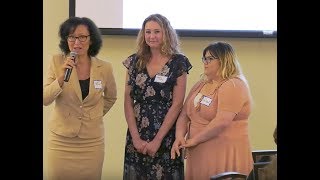 Education and training designed to mitigate the risk of workplace and school violence is one of the WVPI's primary goals. The following video provides highlights of our May 2018 Violence Prevention Symposium addressing active shooter, bullying and other topics. Prevention is the only solution. 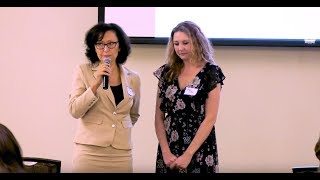 Highlight reel from our Orlando event

Our next event is July 27-28 in Fort Lauderdale. info@workplaceviolencepreventioninstitute.org for information.

On October 24, 2014 Marysville-Pitchuck High School student Jaylen Fryberg, 15, shot and killed four students, attempted to kill one other, and took his own life in the school cafeteria. Two of Fryberg's victims his own cousin Andrew Fryberg, 15, and Zoe Galasso, 14, had been dating. Source: Seattle Times Source: Twitter First year teacher Megan Silberberger stopped Fryberg before he was able to wound more students. As Fryberg was reloading, she raced over and interceded.

Carrie reported harassment, then she was murdered

Caroline "Carrie" Nosal complained of harassment by a man who worked with her to their employer in January 2016 in Madison, Wisconsin. Caroline Nosal, 24 (Nosal family collection) On February 1, 2016, the man's employment was terminated. The man bought a gun later that day. On February 2, 2016, the man shot Carrie twice in the employee parking lot and killed her. Caroline's mother my friend the activist Jane Brady Nosal and her husband Dr. Jim Nosal have devoted their lives t

WVPI endorses Elijah Manley, 19, candidate for Broward County School Board. Marjory Stoneman Douglas High, where 17 innocents were shot dead in the February 14, 2018 massacre, is located within Broward County. Mr. Manley seeks proactive root cause solutions in lieu of band-aids to address school safety for students and teachers and to prevent further tragedies. Mr. Manley was born in 1999 the year the continuing epidemic aka the American active school shooter/bombing era was

The ADEA: A Primer

The Age Discrimination in Employment Act ("ADEA") is a federal Equal Employment Opportunity law which protects the rights of workers aged 40 and above from discrimination in all aspects of the employment relationship from recruiting through termination. Workers covered by the statute who suffer harassment based on their age could potentially bring an action for employment discrimination pursuant to the ADEA Please watch the following brief video from Kathleen's You Tube chann
1
2
bottom of page