A half century of the OSH Act

The major federal law dealing with employee health and safety turns 50 this year. The Occupational Safety and Health Act ("OSH Act") was signed into law in 1970 and created the Occupational Safety and Health Administration ("OSHA"). (c) OSHA OSHA establishes and enforces employee safety standards, provides training and outreach, and administers the OSH Act. To learn more about the OSH Act and more about OSHA's mission in helping keep workers safe, please visit the agency's we

Unfortunately it appears the federal Threat Assessment Prevention and Safety Act aka "T.A.P.S. Act" introduced into Congress by Rep. Brian Babin (R) TX-36 has "stalled" per John Conard, whose beloved nephew Jared was murdered in the mass shooting at Santa Fe High School on May 18, 2018. Learn more about the T.A.P.S. Act, important proactive legislation which we believe will mitigate the risk of school and other forms of workplace violence from Rep. Babin here: Mr. Conard's p

Families of the students who were murdered and a teacher who was shot multiple times have brought a civil lawsuit against the online retailer who allegedly sold bullets to the confessed May 18, 2018 Santa Fe High School shooter. Ten innocent people were killed and 13 wounded on that horrific day in Galveston County, Texas. To view the pleading in full go here: https://www.click2houston.com/preview/4XKPXKZW7VBXROV5NVT7A42UFA/?__vfz=medium%3Dsharebar&fbclid=IwAR3dhWC_Fo7iblR4nP 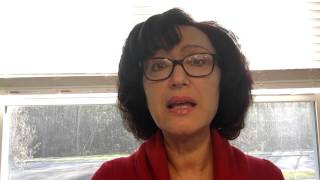 Retaliation constitutes one of the busiest categories of discrimination charges received by the United States Equal Employment Opportunity Commission ("EEOC"). The various federal EEO laws, which are administered and enforced by the EEOC, prohibit employers/prospective employers from taking retribution against job applicants and/or employees who engage in protected activity. Harassment and other forms of verbal and physical conduct constitute workplace violence pursuant to th

Texas Governor Greg Abbott has asked a half million educators to provide their input on how to prevent the next school shooting following the devastating 5/18/18 massacre at Santa Fe High School, Santa Fe, Texas. Ten innocents - eight students, including my friend Rosie's son Christopher Jake Stone, and two teachers were savagely murdered at SFHS. The accused in the first school shooter to have ever been brought up on federal charges. He was taken into custody by federal auth

The United States Equal Employment Opportunity Commission, the federal agency charged with enforcing several anti-discrimination laws including the Americans with Disabilities Act and the Rehabilitation Act, has issued guidance for employers concerning the Coronavirus. The EEOC states "The ADA and Rehabilitation Act rules continue to apply, but they do not interfere with or prevent employers from following the guidelines and suggestions made by the CDC about steps employers s

Please watch the following short video from 2016 concerning how to handle harassment complaints. The following statistics are provided by the United States Equal Employment Opportunity Commission ("EEOC") the federal agency responsible for administering and enforcing Title VII of the Civil Rights Act of 1964: Source: https://www.eeoc.gov/eeoc/statistics/enforcement/sexual_harassment.cfm

Law enforcement officials have arrested a worker after they say he sent threatening text messages. Officials arrested Thomas Andrews, 32, claiming he was planning a mass shooting at the UPS facility in the city of Sunnyvale, near San Jose. “He alluded to a mass shooting in his text messages,” said Sunnyvale police Capt. Dan Pistor. “I definitely think we avoided a tragedy.” Source: Sunnyvale Police Department Facebook Following his arrest, authorities searched Andrews' apart 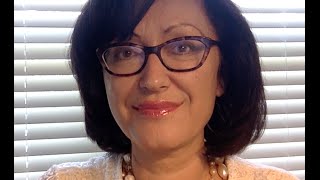 Mis-hires can cost an organization dearly in ways that can be both qualitatively and quantitatively measured. Behavioral based interviewing can help ensure that the best qualified applicant is identified during the recruiting process. Please watch the following brief video on how to develop behavioral-based interviewing questions.
12
3