"The families are forever impacted"

Disability-based charges of discrimination are on in the rise, according to the EEOC

On September 19, 2017 I will conduct the following on line seminar for AudioSolutionz:

My ebook "Focused Interviewing: How to Hire the Best Talent Everytime" relays tips on how to legally and effectively separate the best qualified candidate for the job from all other applicants. Follow this link to Amazon to peek inside the book and order it. 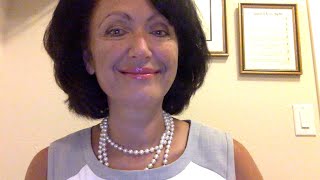 Workplace Violence is a Global Problem

Although the employees profiled in my research The Killer in the Next Cubicle are American, workplace violence is not simply a problem limited to workers in the United States. Please watch the following brief video on workplace violence as an international concern:

Three Tips to Minimize the Risk of Deadly Workplace Violence

Employee-on-employee murder continues to be a problem in the United States. My ongoing research project "The Killer in the Next Cubicle" reflects the fact that 26 Americans were killed at work not by strangers but by co-workers or former co-workers thus far in 2017. My research reflects certain common themes including the presence of prior, and in some cases serious, unacceptable workplace conduct by employees who go on to kill. How might an employer mitigate the risk of work

Americans murdered at work in 2017

My continuing research project "The Killer in the Next Cubicle" evaluates employee-on-employee murders, the ultimate act of workplace violence. My research demonstrates a total of 26 employees have been killed on the job by either current or former colleagues from January 1, 2017 to date. As in years past, the vast majority of Americans who were killed by co-workers were shot dead. Guns were used in 24 of the deaths. One American was killed with a crowbar. One American was be