86-year-old "disgruntled worker" charged with murder of his boss 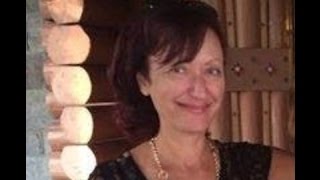 Bullying as a form of Workplace Violence

Bullying is a threat to employee safety and creates legal exposure. Please watch the following short video on bullying:

Today three United Parcel Service ("UPS") employees were shot and killed in San Francisco following a workplace meeting. The shooter, an unnamed co-worker, turned the gun on himself and later died. Two other people were also shot but have survived. Mike Lefiti Thus far one of the victims has been identified: 46 year old Mike Lefiti an UPS driver who was described as a devoted family man leaves behind a grieving wife and children. Employees were seen exiting a workplace whic

Shortly before killing three co-workers and then himself on June 8, 2017 Weis Market employee Randy Stair, 24, posted a video on social media describing what he intended to do at the Tunkhannock, Pennsylvania store. This followed disturbing videos on his social media account called "Embers Ghost Squad" which referenced a massacre dating back to July 2016. Stair also had a history of posting violent cartoons online and was said to have idiolized Columbine killers Eric Harris a 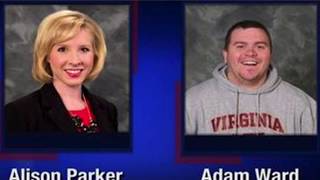 The On-Air Murders of Allison Parker and Adam Ward

Alison Parker, 24, and Adam Ward, 27, were two employees of WDBJ-TV in Virginia who were viciously murdered on live television by a disgruntled ex-colleague in August 2015. Ms. Parker, a TV news journalist, was conducting an interview as Mr. Ward, a TV news videographer, filmed the news piece. Thus, Ms. Parker and Mr. Ward were working when they were gunned down by a former colleague who was involuntarily terminated from his job approximately 2.5 years earlier. The mind-numb

Bullying as a Threat to Employee Safety

The Occupational Safety and Health Administration enforces the OSH Act of 1970. This law states in pertinent part: SEC. 5. Duties (a) Each employer -- (1) shall furnish to each of his employees employment and a place of employment which are free from recognized hazards that are causing or are likely to cause death or serious physical harm to his employees... (Emphasis added). Addressing workplace threats to safety. It is difficult to conceive of any employer allowing smoking,

The Workplace Violence Prevention Institute (WVPI) is blessed with several experts from various disciplines who serve on our think tank and collaborate to develop recommendations to prevent workplace violence including bullying. Forensic psychologist Dr. Robert Tanenbaum of Bala Cynwyd, PA has attended each of our think tank meetings since the group first started gathering in Willingboro Twp, NJ in June 2017. He is a valued member of the think tank and provides input into the

In 1995 I wrote my first continuing education unit (CEU) employee safety article relating to nurses and other health care professionals. Nursing Spectrum Magazine the predecessor to Nurse.com published it and advised me I was the first non-clinical to deliver a CEU to their audience. Back then, I served as Director of Human Resources for a large home health care agency and part of my job was to serve on the organization's safety committee. Learning my work was reaching a nati